STARDUST IN MY SHOES Marguerite B. 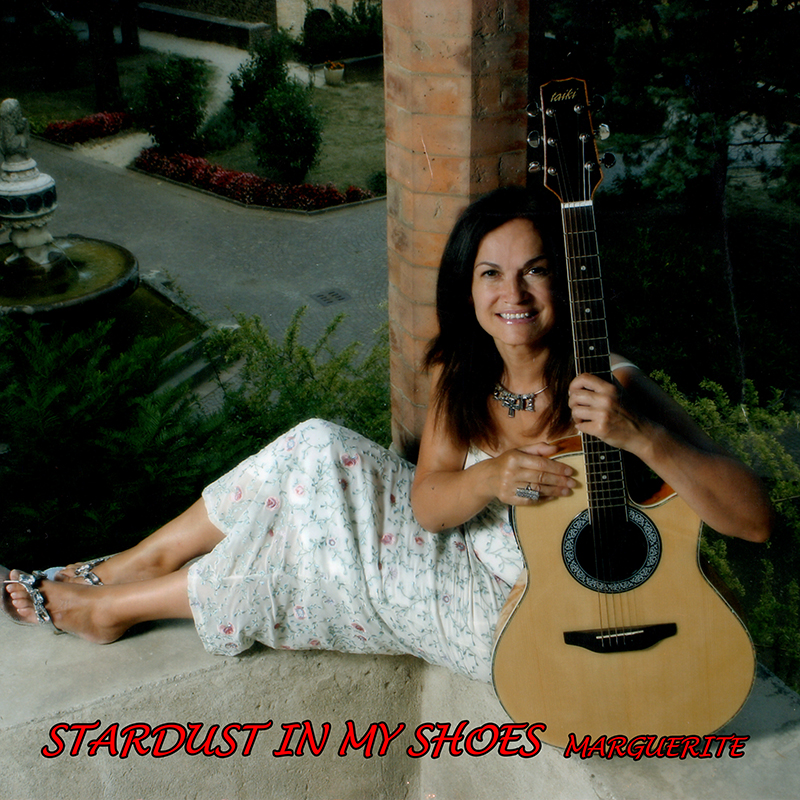 STARDUST IN MY SHOES is Marguerite 's E.P. 4 songs from the album "Walk With Me", made in London Studios (UK 2003)

2.walk with me composer Marguerite

4.come back to me composer Marguerite

Marguerite is an English singer-songwriter who is back in Italy where she has her origins. She sang in New York, London, Israel, Isle of Wight, in Lourdes in France to Radio London and in AIR STUDIOS member of Chryselis and Air groups of companies for Sir George Martin. In 2003, she released an album of his "Walk With Me" songs, of which all proceeds were donated to Charity.

Written about her by Franco Zeffirelli; "Marguerite ,who keeps alive, well alive in her heart and mind all great hopes for a world of Beauty and Values"

In 2016, she released an album of his STOLEN WINGS made in Italy at Elfo Studios.

-Marguerite, why did you make this Album Stolen Wings? â I just wanted to create something beautifulâ .