YOU AND I live at Milestone â€“ Max Repetti 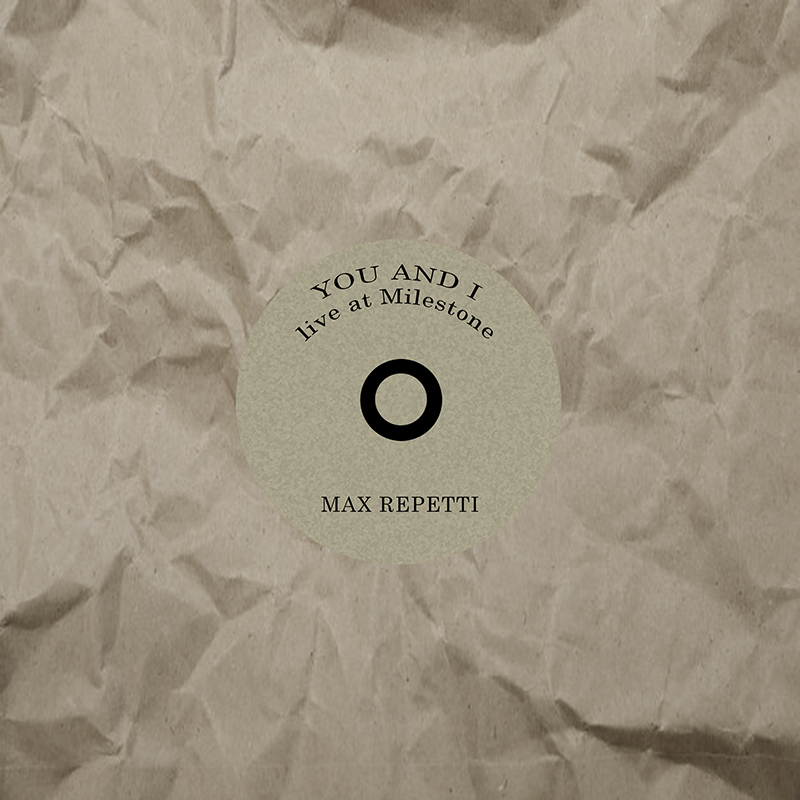 Pictures of Life is a fresco of my life. Each of these musics represents experiences,

From Rio de Janeiro to Rome, until my native countryside. Distances easily filled by notes, which turn the dissonances in consonances, haunt the stillness and suspend impossible balances.

This is my life, this is me.

HOW IT ALL BEGAN- When i was nine i used to play on my aunt Rina's piano some melodies of the jingles advertisings that i heard on the TV, so when my parents asked me: " What do you want to be when you grow up?" and i answered: " The dairy farmer!", they immediately bought me a piano.

At 11 i began to study piano at the Music Conservatory of Piacenza where i graduated at 24. Meanwhile i also got a diploma from the high school language. At 14, my musical idols were Bach and Mozart, so my friend Charles, (very tall and very thin) said to me: " Sit down, and listen to this." It was " In the court of the Krimson king", sung by Greg Lake, the King Krimson's singer and later of Emerson, Lake & Palmer. From that moment began my love for progressive rock that has lasted until today. Genesis, Yes, Emerson, Lake & Palmer, King Krimson, I learned all their songs. Keith Emerson was the first great musician who influenced my way of composing.

THE FRENCH EXPERIENCE - So, one morning, Silvia yanked me by my hair and moved spontaneously in Paris, a city where I developed my musical experience studying jazz at C.I.M., Ecole de jazz de Paris, authentic French musical establishment. I stayed in Paris four years, lived between musical colors, faces, smells, which will remain forever in my music, as well as the next four years i spent in Rouen, in Normandy, teaching piano.

resisted still three years, the it was me to yank Silvia by her hair and we moved spontaneously in Italy in 2004.

A LIFE IN MUSIC

Going on yanking by our hair, one day, Giacomo Ruben was born. In Italy i put to good use what i learned in France and found Artemusica, School of Music and Arts. I continued composing music.

I do not know to define my style. Keith Emerson, Chick Corea, Keith Jarrett are often present in my

writing and improvising. In 2011 i took a Superior Diploma in Sound Technology at The G.Verdi Conservatory in Milan. It allowed me to study in depth the contemporary classical music.

Expanding my musical horizons allowed me to play musical styles hitherto unexplored, like the gospel, in collaboration with the Placentia Gospel Choir and the Italian Gospel Choir. In 2014 i started working as pianist with the italian singer Melody Castellari, in studio recording and live shows. From 2013 i'm arranger and pianist for Greg Lake (Emerson, Lake & Palmer, King Krimson) and pianist of Peter Hammil (Van der Graaf Generator).

The album PICTURES OF LIFE in the catalog of LEVEL49 www.level49.it digital download by Artist First