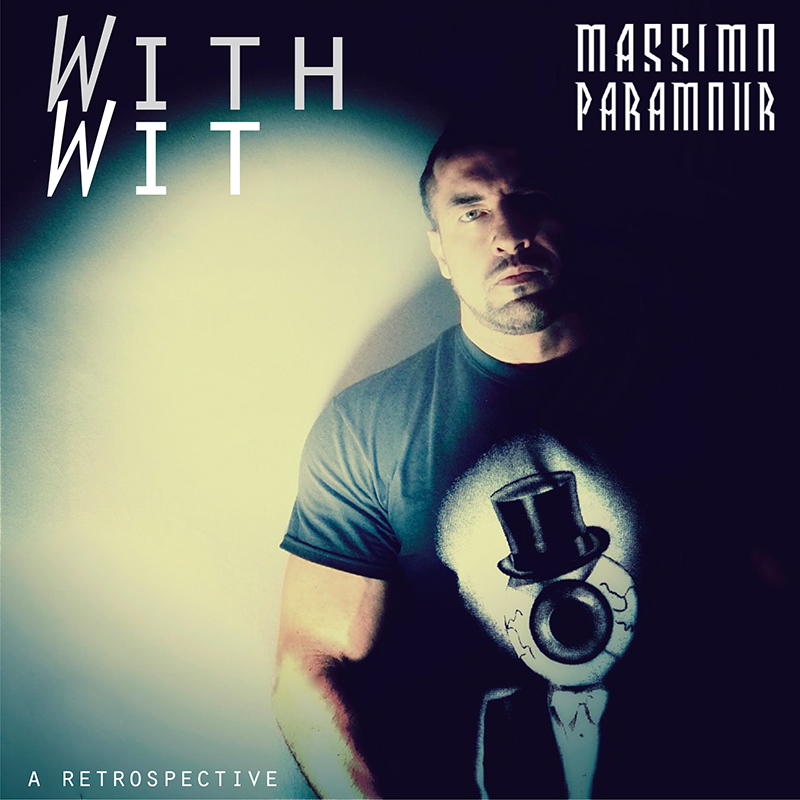 WITH WIT is a 1996 creation by Paramour, aka Massimo Braghieri, selected for the record catalog of the independent label Level49 among his many works. Thefull version With Wit (Liturgic mix) will give the title to the album “WITH WIT A Retrospective: unreleased tracks 1988-2018”, a collection of compositions by Paramour, some of which specifically composed for Roberto Dassoni's documentaries and others as original dance productions .

The video collection is created with the radio edits of the recordings. The mastering of the album is by Alberto Callegari Elfo Studio (Piacenza).

Paramour is not only a DJ, but a musician in every sense of the word. He is an organist, an orchestra conductor, a music composer/arranger, a sound engineer and producer.

He started performing and teaching after his master degree in Organ and Composition, but his love for electronic music led astray and he got a job at the emerging dance music label Media Records.

In the following years, he co-wrote and arranged a international dance-hits for Cappella, 49ers, Sharada House Gang, Clubhouse to name a few, and collaborated with producers such as Ashley Beedle, Gemini, Ralphi Rosario, Roc & Cato, Chris Coco and A Man Called Adam.

Massimo moved to New York in 1999 where he continued to produce for artists like De’Lacy, Shawnee Taylor, Jimmy Somerville, Tito Puente, Angie Brown, Jocelyn Brown, Michele Blade, Debbie Pender releasing on Azuli records, Am:Pm, Easy Street, Sony, Cheeky, Polygram and Hi-Bias. He relocated to London in 2004 where he continued his music activity, mostly writing for TV, theatre and documentaries and engineering for several DJ producers. His professional DJ career started in 2008, with his monthly residency at Megawoof.

Paramour distinctive style, a mixture of nu-disco/indie dance, Electronic Tech-House and Techno attracted the attention of many and in less than a year he won the Best Newcomer DJ in BOYZ scene awards. Since then, his DJ activity literally took off, with him playing at several major London parties (Trade, We Party, A:M afterhours, Matinee, Movimento afterhours, Beyond, Room Service, Dollar Baby and the most recent Trough) and venues (Fire, The Coronet, The Egg, East Bloc, Club Aquarium, Ministry of Sound and Scala) but also internationally (Spain, Italy, France, The Netherlands, Greece, Germany, China, Taiwan, South Korea and USA) In the last 4 years, he has been busy in his recording studio engineering and helping renowned DJs like Pagano, Tony Bruno and Gordon John and arranging for singers/songwriters like Polina Griffith, Rozalla, Barbara Tucker, Diane Charlemagne and many others, besides also working at his own music.

His collaboration with Gianluca Pighi “Come with me” reached No.2 in the Traxsource Dance Chart, while “Waiting” featuring Alexander Price went up to No. 32 in the Beatport Indie Dance chart. More recently, his collaboration with Per QX “Ready For This” was played by Pete Tong on his BBC Radio 1 show, and was supported by producers such as Hot Since 82, Eric Prydz, Rene Amesz, Camelphat, Mark Knight, Sonny Wharton, Reset Safari, Dave Angel and Tough Love, just to name a few.

Massimo Braghieri alias Paramour, Italian DJ and producer born in 1969 Piacenza now based in London, UK. He collaborate with the independent label Level49 from the 2011 year of publication of PICA! PICA! PICA!

To receive the copy of the album at your address, write an email to: info@level49.it